Opening of the Academic Year at the Romanian-American University

In Memoriam: Professor ION SMEDESCU, PhD, Founding-President and Rector of the Romanian-American University

President of Senate, Professor Ana-Maria Preda, and RAU Rector Ovidiu Folcuţ reflected on the glorious past – honoring the legendary RAU Founding-President and Rector ION SMEDESCU – made it feel vivid and putted it in relation with the present challenging time, and shared the strong RAU academic family’s conviction to build and to advance so as to keep RAU dream alive and well. It was also underlined within this framework that a great Friend of Professor SMEDESCU and of RAU academic family, namely Dr. RONALD CARRIER, James Madison University’s fourth president (who “catapulted James Madison University to national prominence during his 27-year presidency”), passed away on September 18, 2017 in Harrisonburg, Va, U.S.A. (on October 1, 2008, the Senate of the Romanian-American University awarded the  prestigious “Doctor Honoris Causa” title to honorable Ronald Carrier, PhD, President Emeritus of James Madison University).

Other distinguished Professors – Moisă Altăr, Ion Bulborea, Theodor Purcărea – shared their thoughts within the special context of the commemorative RAU Senate session, highlighting, among other aspects, how Professor ION SMEDESCU accepted the „Romanian-American University” challenge at the beginning of the nineties, choosing the adequate design in the RAU context of the interaction between the managerial culture, the workplace culture and the surrounding culture, prioritizing the student-centered issue and widely opening up the gates of knowledge management and innovation, building step by step the RAU’s organizational competencies, in a true effort to shape minds and characters.

After the commemoration ceremony a special commemoration service was held at the Chapel of the Romanian-American University. At the end, Parish Priest Paul Crîngaşu expressed profound spiritual thoughts about the sacred time for reflection and inner meditation. 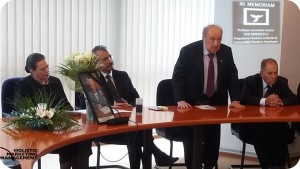 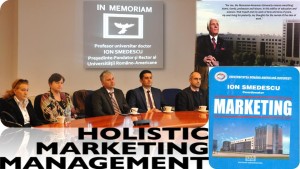 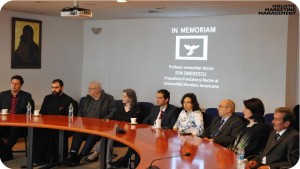 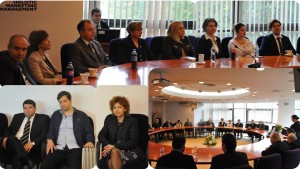 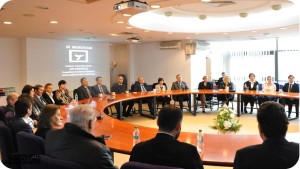 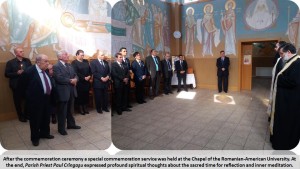 Celebrating the 30th Anniversary of the Romanian-American University (RAU)